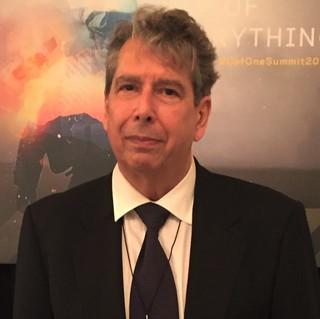 Gordon Basichis is the author of The Cuban Quartet, an international romantic mystery, seeded on the rumors and legends surrounding missing mob money when Castro marched into Havana.

He is also the author of the bestselling Beautiful Bad Girl, The Vicki Morgan Story. This is the real life story of the tempestuous relationship between department store scion and member of President Ronald Reagan's kitchen cabinet, Alfred Bloomingdale and his longtime mistress, Vicki Morgan. The story was an international scandal and made headlines around the globe, depicting Bloomingdale's thirteen year romantic tryst with Morgan.

He is the author of The Guys Who Spied for China," a roman a clef exposing Chinese espionage networks in the United States, a quarter finalist in Amazon's Breakthrough Novel competition. Basichis' "The Blood Orange," is a hard edged, modern day romantic mystery thriller in the tradition of classic Los Angeles Noir. A cinematic journey through the exotic streets of affluent but deadly L.A. Basichis first published novel The Constant Travellers, is a magical realism Western Fantasy that was optioned by two motion picture studios.

Basichis is Co-Founder of Corra Group, specializing in background checks and corporate research and investigation. Corra Group has clients all around the United States and throughout the world. He is a native of Philadelphia, but has lived most of his life in Southern California and Northern New Mexico.